“Dennis and DF Design were great to work with from start to finish! We used him to help with all interior paint colors and redesign our interior first floor. Dennis made sure he always provided furniture options within our budget and we could not be happier with the finished product!”

Is it time to update the furniture in you home? Are you thinking about remodeling your kitchen or bathroom? Some valuable expertise will save you money and time. Why not get the advice of an experienced, local Arlington Heights Interior Designer? We’ve been providing Interior Design Services in your neighborhood since 1991. 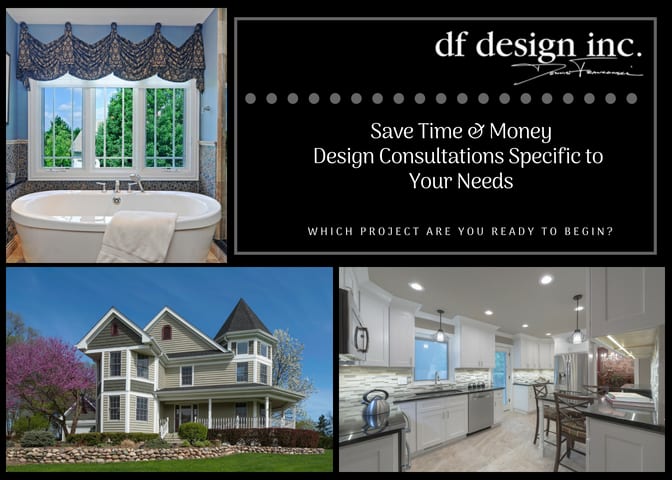 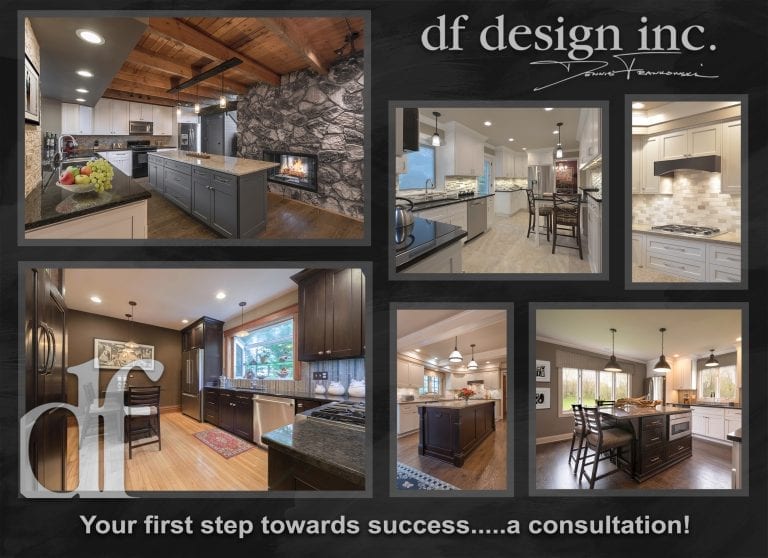 Have you started shopping around?

If so, you know that there are an abundance of possibilities. We help homeowners select products for their renovations every day.

Our Interior Design Consultation services can save you a tremendous amount of time and money. Are you ready to remodel your kitchen? Is it time to update furnishings or put an addition on your home? We can help you narrow down the products and materials you will need. We’ll help you achieve your goals. Your home will look the way you envisioned.

What to Expect from an Interior Design Consultation

Interior Design Consultations are meetings that focus on specific home improvement goals. We devise Design Plans, tailored, to fit your preferences and budget. Are you ready for new paint colors and furniture? Or, do you need help with a bathroom or kitchen renovation? DF Design will create a custom-tailored Design Plan for you.

Our Design Plans Are Customized Just For You

What are your Home Improvement objectives? Are you a planner? We’ll formulate your Design Solutions ahead of time. Are you in the middle of a remodeling, and need help choosing materials? We’ll be happy to select the perfect products for you. Design Plans are created, and customized according to your needs. 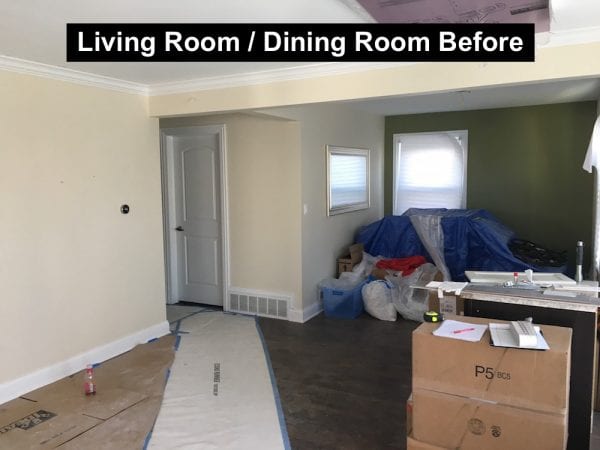 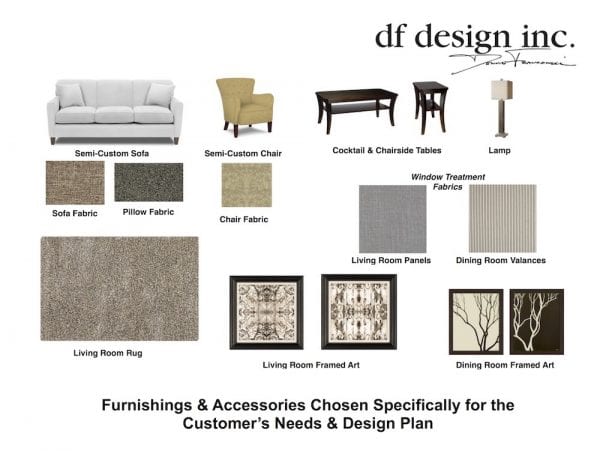 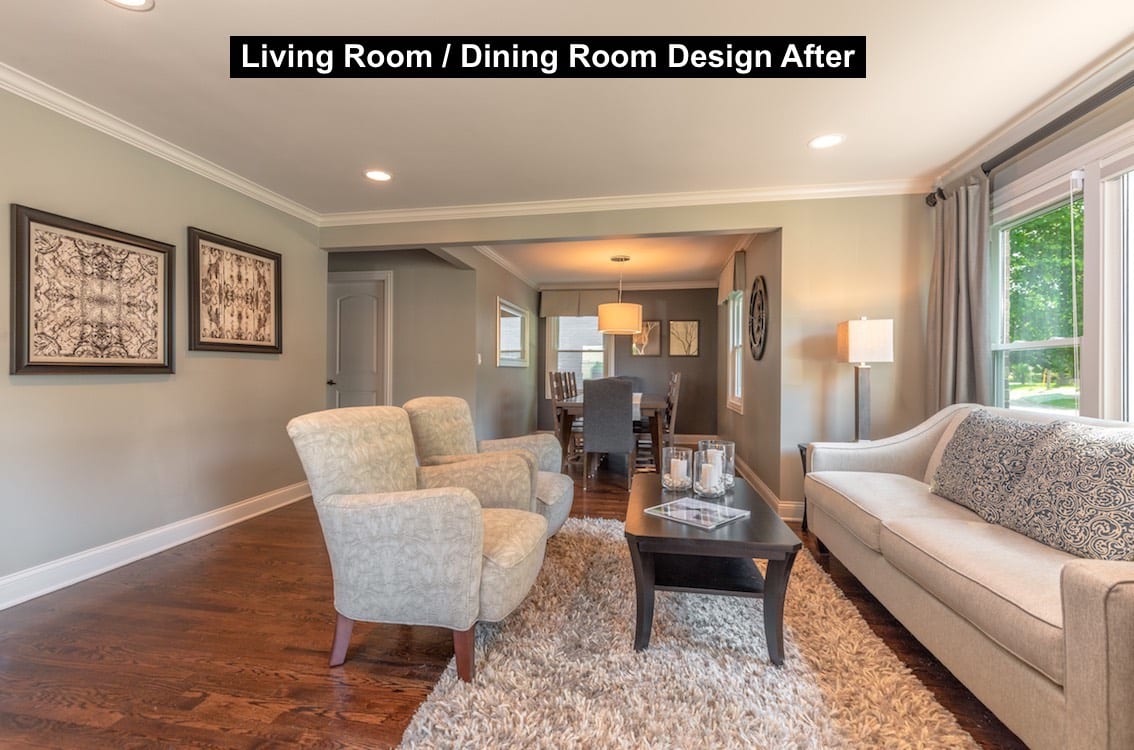 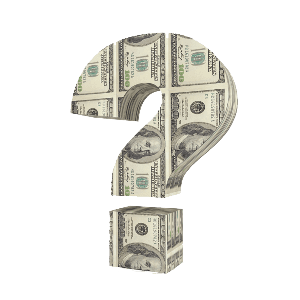 What Will Design Consultation Cost?

Honestly, it depends on the project. Fees vary according to the size, scope and complexity of the renovation. Once we discuss your goals, we’ll be able to give you pricing.

We’d be happy to discuss your home improvement needs. And, glad to answer any questions you have!

Our priority is to create environments that are comfortable and beautiful. It doesn’t matter if your project is large or small. Our Design Consultation services make every decision feel effortless.

The Village of Arlington Heights was founded in the mid-1800s by Asa Dunton.  Mr. Dunton’s son, William, was the first homeowner in town.  To ensure that the train came to the area, William Dunton offered the Illinois & Wisconsin railroad some of his land. By the late 1850’s, the area was known for it’s farming. Local farmers sent dairy products as well as vegetables to Chicago on the rail system.

The train depot spurred growth and encouraged business to settle in. In 1874, the town’s official name became Arlington Heights. It was incorporated in 1887. At that time, it had a population of approximately 1000 residents. Most residents were farmers and others worked in Chicago. Arlington Heights was an early commuter suburb. 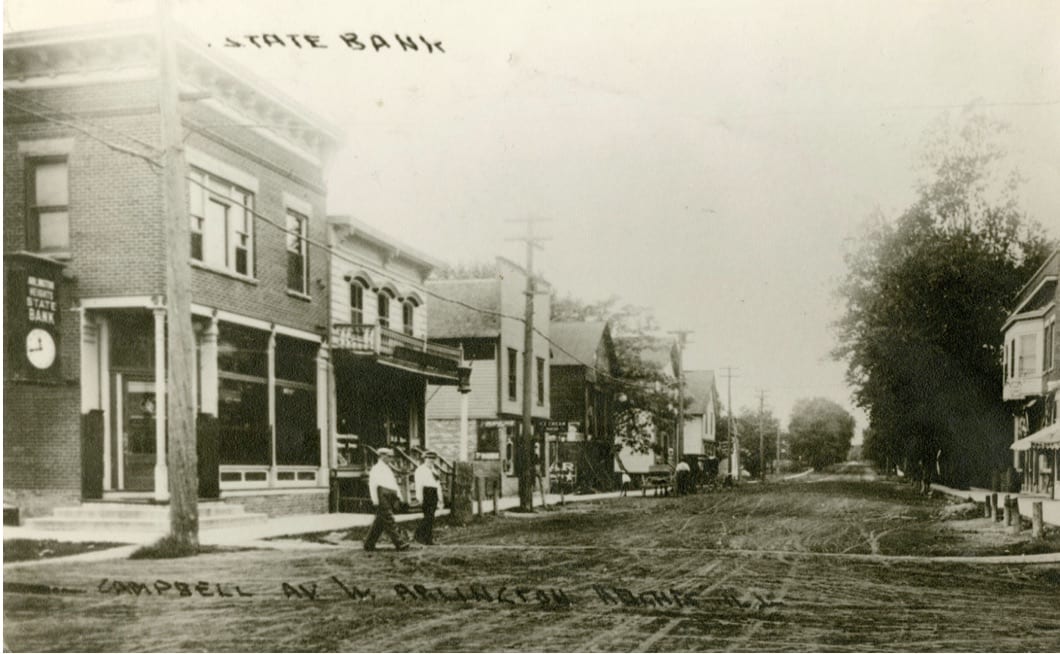 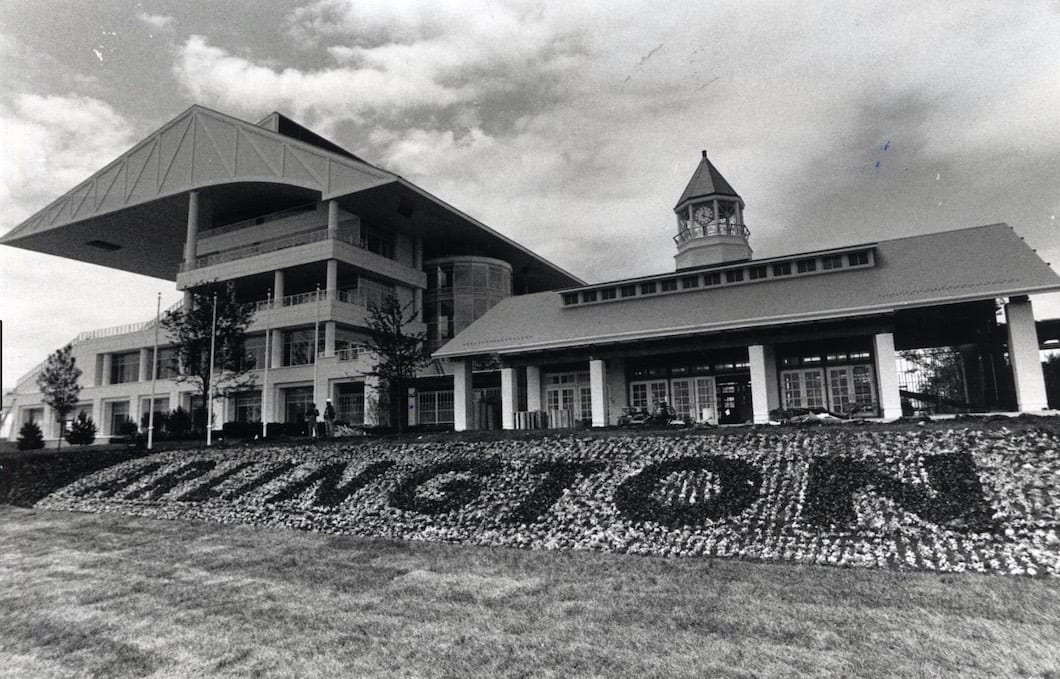 In 1985, catastrophe struck the facility. Fire completely destroyed the Grandstand. The facility was rebuilt, in record time, by crews who worked around the clock for an event known as the “Miracle Million”. Through the years, Arlington has continuously been a leader in Thoroughbred racing. World class trainers, jockeys and Thoroughbreds have graced it’s tracks for decades.

The Village of Arlington Heights is located in Cook County Illinois.  The suburb is located 25 miles northwest of Chicago. It has an excellent transportation infrastructure and offers direct access to major highways.  Neighboring communities include Mount Prospect, Prospect Heights, Wheeling and Buffalo Grove, Illinois.

On May 20, 1998, the Banta House was awarded a place on the National Register of Historic Places. It was the home of Minnie and Nathaniel Banta. This Arts and Crafts style residence is the first architect-designed home in Arlington Heights. It was Banta’s dream home. The house featured leaded glass windows and kitchen cupboards, rather than a pantry. It had a living room instead of two parlors. In addition, it had a wide, easy to maneuver staircase. The home was quite controversial for 1908. It’s located at 516 N. Vail St. And, is now on the grounds of the Arlington Heights Historical Museum. 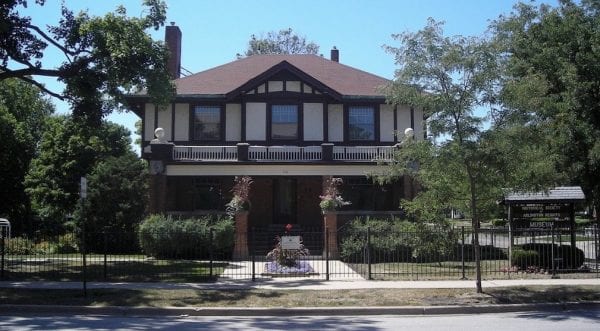 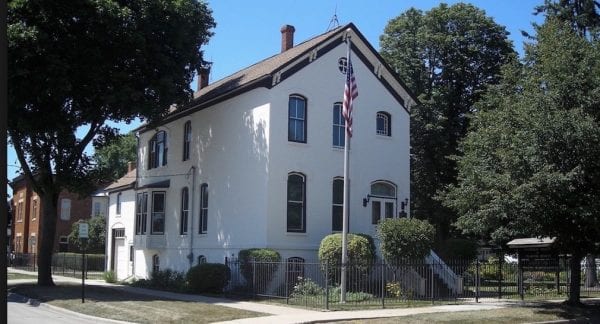 In 1979, the Muller House was added to the National Register of Historic Places. This residence, built in 1882 is located at 500 N. Vail Avenue. The woodwork in the home is a classic example of Victorian style for the era. It’s a good example of upper to middle class living during the 1880-1900 period.

Muller delivered soda pop along the dirt roads of the Northwest Suburbs. In 1906, he built a large building to house his pop factory. His two sons took over the business in 1923 and renamed the company Arlington Club Beverages. Today, the home is part of the Arlington Heights Historical Museum complex. It’s located at Vail Avenue and Fremont Street.  Visitors are welcome to tour the home and stop by the “Pop Shop” at the museum. Learn more at Arlington Club Beverages.

Are you ready to update your home?

Dennis helped us with our first project after we bought our new home. He helped us with color that flowed beautifully throughout our home. He also created beautiful murals in our children’s bedrooms that they loved. 20 years later, those children grew up and our home needed an update. There is only one person we could call. Dennis did again! Not only was our update stunning but the process was painless. Dennis helped me pick out color, window treatments, tile and more. Thank you Dennis and everyone at DF Design for all of your hard work at making our home beautiful! Looking forward to phase II!

We engaged Dennis for a color consultation on our 1927 English Tudor. It was finally time to replace the original asbestos roof and siding. We landed on materials pretty quickly but didn’t feel confident about the color choices we had discussed with our contractor. Since it was a big job, we wanted to make sure the colors were exactly right. That’s where Dennis came in. The job is now done with all the colors Dennis suggested. And it is beautiful! Thank you to Dennis for giving us great advise, guidance, and peace of mind.

Thanks to Dennis and his wonderful staff. His eye for color has brought us back to use his expertise years after the first repainting of our house. After following his ideas, I am thrilled to have a home that flows smoothly from one room to another. Dennis listened and tweaked his suggestions to create an atmosphere that is what we were looking for. I must admit, his first suggestions are typically right on target, just have to have faith and trust in his expertise.